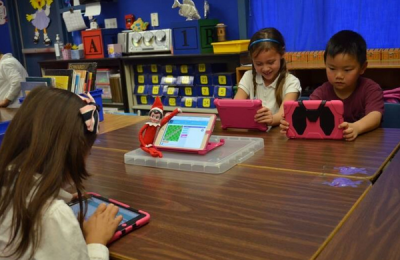 Less than a year ago, brothers Hadi Partovi and Ali Partovi launched Code.org to help advocate for computer science in the U.S. and increase participation in STEM education by making these subjects more available in schools and classrooms around the country. Today, it seems that what started as a whisper has grown into a roar.

On December 9, Code.org kicked off a new, nationwide campaign called the “Hour of Code,” which asked teachers across the U.S. to help introduce their students to the basics of computer science through the organization’s coding programs and tutorials. Timed in conjunction with Computer Science Education Week, the campaign has sought to change the perception of Computer Science in the American education system — chief of which is the fact that, today, 9 out of 10 schools in the U.S. do not offer computer science classes.

After months of campaigning and lobbying for change at the state level, in which the Partovis and Code.org have asked states to begin offering programming classes for credit, it seems that their work has begun to pay off — both at the policy level and through the “Hour of Code.” Alabama, Maryland and Wisconsin have announced (or are planning to announce) policy changes at the state level, while both the Chicago Public Schools and the New York City Department of Education have unveiled plans to bring computer science to their classrooms.

What’s more, at the culmination of Computer Science Education Week, the Partovis told us that more than 15 million students had participated in the “Hour of Code,” collectively writing more than 500 million lines of code during the campaign. While Computer Science Education Week came to a close on December 16, the campaign has continued, and the number of students participating has since crossed 20 million, with over 675 million lines of code now in the books.

As to how the campaign has managed to accomplish this?

The “Hour of Code” has been bolstered by support from a litany of recognizable names. For starters, as we wrote at the outset, both Microsoft and Apple showed their support by hosting an “Hour of Code” at every one of their retail outlets over the course of the week, with Apple advertising its tutorial on its homepage. Google, in turn, kicked off of Computer Science Education Week with a Google Doodle that remembered “Grace Hopper, an American computer scientist and creator of the Cobol programming language” and also linked to “Hour of Code” beneath the doodle.

On top of that, the campaign featured on the home pages of YouTube, MSN, Bing, Yahoo, Disney (and many more), with recognizable names from across politics, music and sports pitching in their support. Among them were “actors and musicians like Shakira, Ashton Kutcher, Angela Bassett and athletes like Chris Bosh, Warren Sapp and Dwight Howard, along with tech leaders like Steve Jobs, Bill Gates, Mark Zuckerberg and Susan Wojcicki.”

Politicians from both sides of the aisle also lent their support, including President Obama and House Majority Leader Eric Cantor, as well as “Senator Cory Booker, Newt Gingrich and Secretary of Education Arnie Duncan.”

To help teachers get their students started in the world of programming, Code.org has curated online tutorials and programs from a bevy of partners, including companies, non-profits and universities. The traffic to some of its partners was so heavy, particularly Khan Academy, that their website was forced offline — as ATD reported at the time.

So far, it’s been a strong showing, but the 20 million is just a start. To find more on how to participate, find the “Hour of Code” at home here. You can also find the videos from President Obama and more in our previous coverage here and more info in the infographic below.