Home 2014 September Coding is the new global language of literacy

Coding is the new global language of literacy 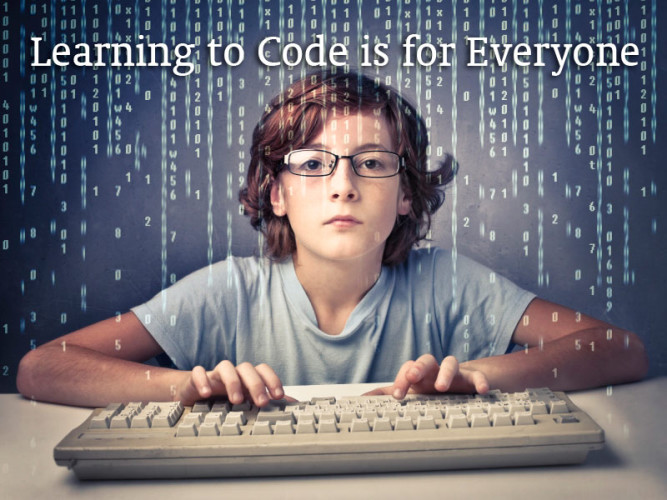 Literacy is the ability to read and write in a specific language. Power of a language depends on the opportunities it offers. That’s why the Arab-Latin fusion was central to the dawn of modern civilization. Carly Fiorina, then CEO of HP, elaborated it at the end of her speech:

Although we are often unaware of our indebtedness to this other civilization, its gifts are very much a part of our heritage. The technology industry would not exist without the contributions of Arab mathematicians. Sufi poet-philosophers like Rumi challenged our notions of self and truth. Leaders like Suleiman contributed to our notions of tolerance and civic leadership. And perhaps we can learn a lesson from his example: It was leadership based on meritocracy, not inheritance. It was leadership that harnessed the full capabilities of a very diverse population–that included Christianity, Islamic, and Jewish traditions.

Language remains the major barrier to harnessing, what Fiorina said, “the full capabilities of a very diverse population.” Coding is the new lingua franca of 21st century, which defies barriers of language. And coding is no longer confined to the computer programmers’ walled gardens. Harvard’s Berkman Center for Internet & Society is training wide range of youth in computer programming by building on their interests in areas such as music, dance and sports.

Coding is the new literacy,” said Mitchel Resnick, professor of Learning Research at the MIT Media Lab and director of the Lab’s Lifelong Kindergarten research group. “To thrive in tomorrow’s society, young people must learn to design, create and express themselves with digital technologies.”

The new initiative extends the Lifelong Kindergarten group’s Scratch programming language, which enables young people to code their own interactive stories, games and animations. To ease the transition into coding, the MIT team is developing a series of interest-based “microworlds” — specialized coding environments designed to connect with young people’s interests. For example, those interested in dancing could use a microworld to program musical beats and the movement of dancing characters on the screen.

“The initiative has the potential to broaden perspectives and participation in coding, especially among youth who otherwise may not imagine themselves as interested in computer programming,” said Natalie Rusk, a learning researcher at the MIT Media Lab. “We have seen that youth who learn to program interactive games and animations gain confidence in their abilities and expand their visions of future career options.”

Here are the details of this revolution in progress.